iPhone 14: An Opinion Wrap Up

It’s been a week since Apple unveiled the new iPhone 14, iPhone 14 Pro and 14 Pro Max to the world, and the internet has been all abuzz about it. Even some of us in the Heyup community have talked a little bit about it. So are we excited about this new phone from Apple? Are we going to be upgrading to it?


What’s Interesting About It

There isn’t really a need to go in-depth here about what the new iPhone is bringing to the world. There’s a super detailed article about it over at MacRumors. But I still touch on some of the highlights in case you don't want to read a book. Their article is seriously in-depth. The iPhone 14 is giving us 1200 nits screen brightness which means that you’ll reliably see what you’re looking at, even in full daylight, this should be a bigger deal than it is I feel, hence why I bring it up first. It isn’t the most annoying thing in the world when I can’t see my phone screen when I’m out on a hike or out shopping around or just generally enjoying the great outdoors, but it is definitely something I notice every time and it lowers my enjoyment for a moment. Having that insane level of brightness is going to toast my battery, but win some, lose some. Besides, it isn’t like the screen has to stay super bright all the time after all, just when I need it.

Something everyone else cares about more than me probably is the phone’s photography. iPhones have always been alright at it in my book with some Android phones being obviously better but the upgrades this year seem to get at least the iPhone 14 Pro up to snuff. For a detailed breakdown of just how good the iPhone 14 Pro’s are, you can check out MrWhosetheboss’s video about it when he compared it against the Samsung S22 Ultra. Spoiler, it’s on par with the S22 Ultra only pulling ahead with some of the more over-the-top features it boasts, like its crazy zoom level. The iPhone 14 still has a 12MP main camera and a 12MP ultra-wide on the back while the iPhone 14 Pros get a 48MP main camera, yay. The selfie camera on the other hand got upgraded to 12MP for all of the iPhone 14s which is awesome in this age of selfies, video calls, and TikToking and stuff. I’m sure lots of people are excited about these upgrades.

Now for some things that most people will be grateful for but hopefully, won't have to use often. The life-saving safety features are built into the phone. With some upgraded sensors it will detect when you are in a car crash and automatically call for medical services for you if you are unresponsive. Hopefully, this won’t be too hard to trigger while at the same time not so easy to trigger that it happens by accident when just dropping your phone or something. Another cool safe saving feature is that should you find yourself in a super remote area and in need of help, you can still reach emergency services through satellite coverage. The phone will tell you the best direction to point the phone to connect to a satellite so you can send a short message out. There is a downside in that it is likely you’ll need a mostly clear line of sight to the satellite. So if you’re inside or if there are a lot of clouds, it may not work. Why You Should Go Pro

Like always before, the pro versions always have more gadgets and upgrades, but it’s seriously true of the iPhone 14. A lot of what the normal iPhone 14 has, you already have in the iPhone 13, besides the things already mentioned above. So here’s why you should fork over more money for the Pro or Pro max versions.

The A16 Bionic Chip is only found in the Pro and Pro Max versions. It’s not a massive upgrade, but it’s still an upgrade and it will help you enjoy your latest smartphone for years to come thanks to its amazing performance. 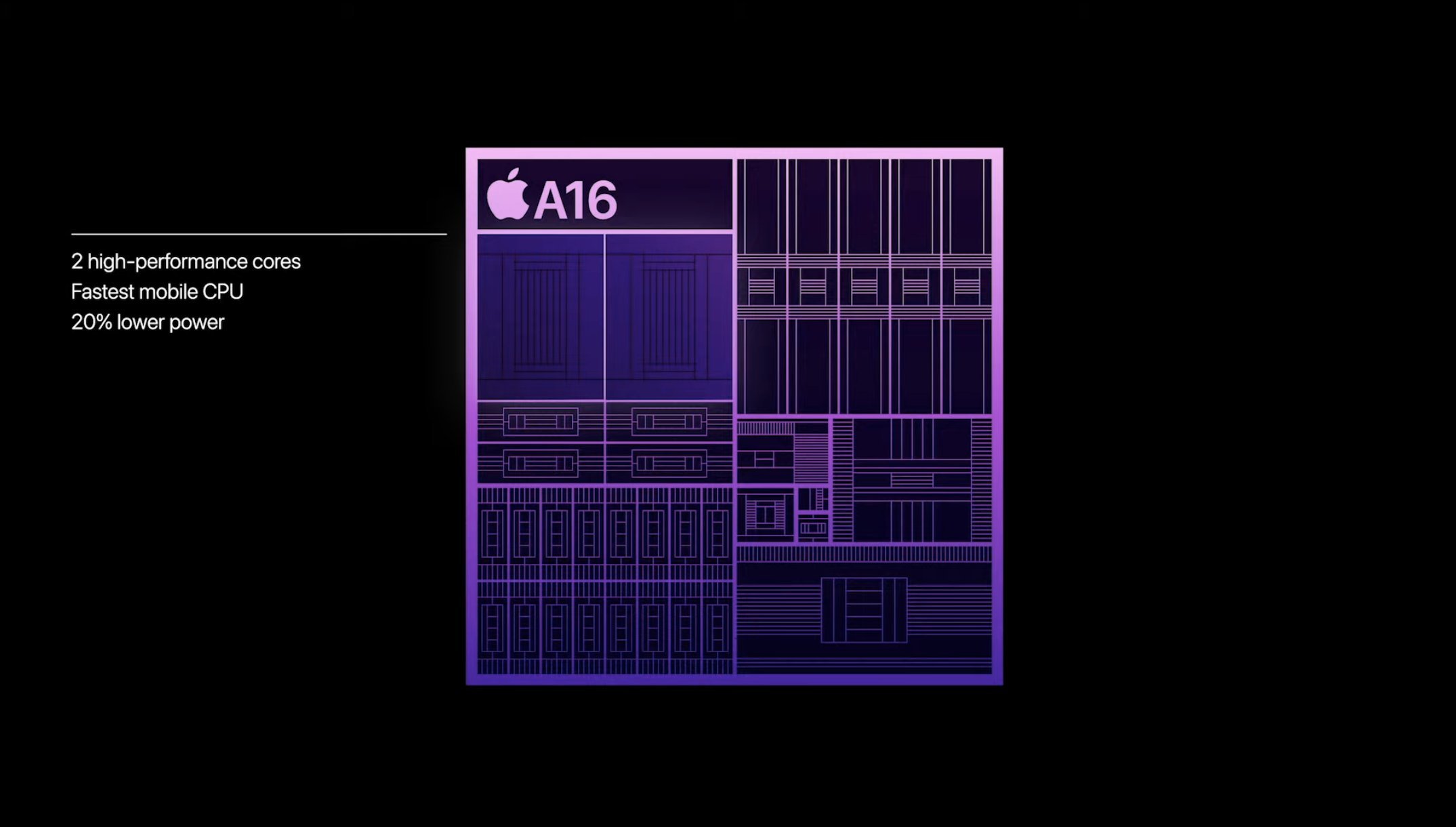 The iPhone 14 Pro and Pro max both have impressive battery life, easily lasting you for most of your day, if not your whole working day at least. That in itself is nice but longer battery life per charge also means longer battery life overall. So instead of swapping your phone out every 2-3 years because the battery is going bad, these will likely last longer.

The iPhone 14 display will keep the notch design that we have grown accustomed to for recent iPhones but on the Pro and Pro max, it will not be attached to the bezel and will actually work as a little interactive status bar at the top of the screen. It’s an interesting solution to the demand of having a front-facing camera and sensors while at the same time needing as much display space as possible. 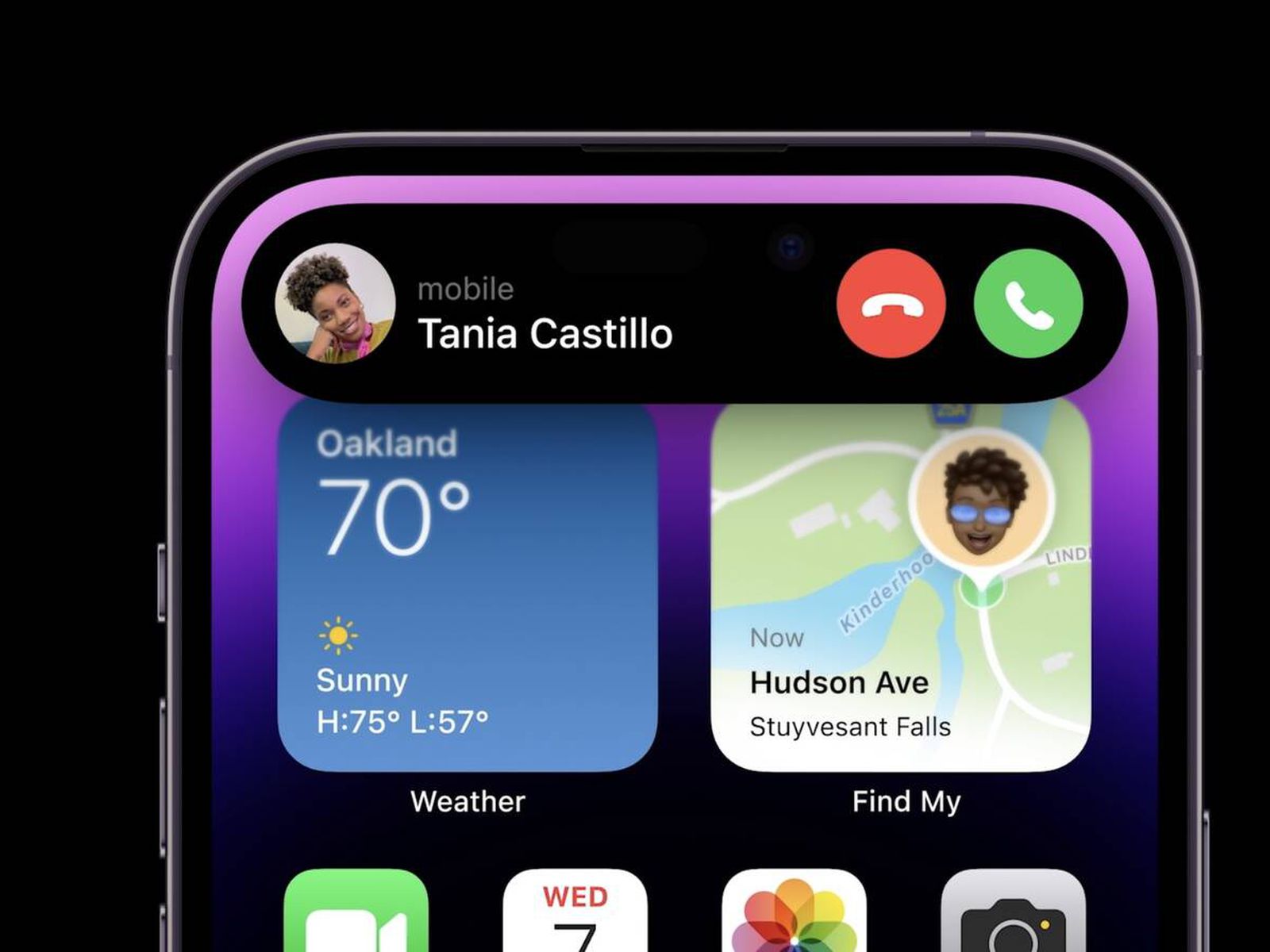 In USA, the iPhone 14s will not have a physical SIM card slot and will force users to use an esim. There is a lot of guessing about how this will actually work with people sharing pros and cons all across the internet. There’s even some discussion about it on the Heyup Community forums. It is an interesting piece of technology that will eventually become the norm probably because this is how technology evolves, but till then it will be interesting to see how it goes.


The other item of controversy is the design. If you felt the iPhone 14s looked very similar to the 13s, then you are right. The design is identical nearly except for the physically larger cameras and two new colors. But that’s it. It looks like Apple has found their favored design and until they are forced to change it, they’re going to keep using it.

So, am I going to upgrade to it or recommend my friends and family? I don’t think so. I think YouTuber MKBHD summed up my opinion of the new iPhone 14 the best. Is it the most powerful iPhone with the best cameras you can get? Yes. Is it worth upgrading to? Only if you’re using an iPhone 10 or older.
Back to blog